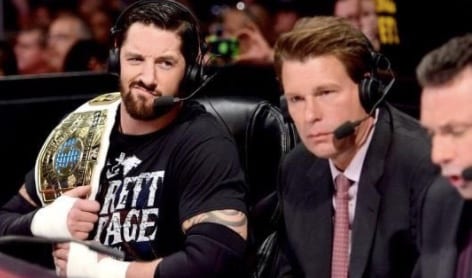 Last night on NXT, former WWE superstar Wade Barrett made his return to the company as the latest member of the brand’s commentary team.

While many fans would love to see him step back into the squared circle, it’s been a while since he considered himself to be a full-time in-ring performer.

As it turns out, one of the men that has inspired Barrett to thrive in his commentary career is none other than John “Bradshaw” Layfield.

Many fans have been critical of JBL’s work over the years, but in the eyes of Barrett, the quality of his work speaks for itself.

Barrett has been calling the action for a handful of different promotions ever since he left WWE, and the hope is that he can establish himself as a regular member of the team now that he’s back in NXT.