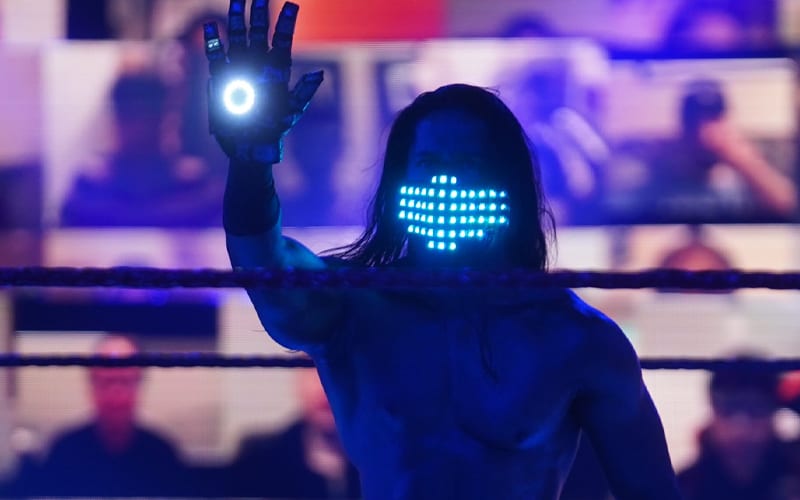 WWE brought Mustafa Ali to the RAW brand, and then he didn’t do much. He tweeted out yet again this week that he is on Main Event, but yearning to prove that he’s too good for that secondary show.

Ali has impressed fans, and his coworkers. He still apparently hasn’t gotten over with Vince McMahon. He will have small spurts where it appears there is a push coming, but then he vanishes.

While speaking to Wrestling Inc, Aiden English discussed Mustafa Ali. He called him a “goldmine waiting to happen,” but WWE hasn’t capitalized on his full potential yet.

“I’m scratching my head on that one too, and I’m the first guy to jump up, having been in the business, a lot of things are way more than meets the eye. So when people are like, ‘this guy’s not getting this.’ I’m the the first guy to go, ‘look, there’s so much more than you understand,’ but I’m going to agree with you. Ali is one of the most talented guys, looks great. He talks great. He speaks not just like [a] cool catchphrase, but he speaks [with] conviction. He speaks his heart.”

“The guy is embraces the art of the story, which is something I think a lot of people miss in this business. It’s more than just the moves, more than just the presentation. He really embraces the art of the story. I know I’m not there anymore, so I couldn’t exactly tell you, but I’m with you and everyone else, and they need to jump on that sooner than later. The guy is a gold mine waiting to happen.”

Mustafa Ali was the man behind the hacker gimmick on SmackDown. You can click here to find out what happened with that situation behind the scenes.

Ali has a ton of potential, and he didn’t sit at home for over half a year for no reason. He is waiting for his next opportunity, whenever that might come for him.