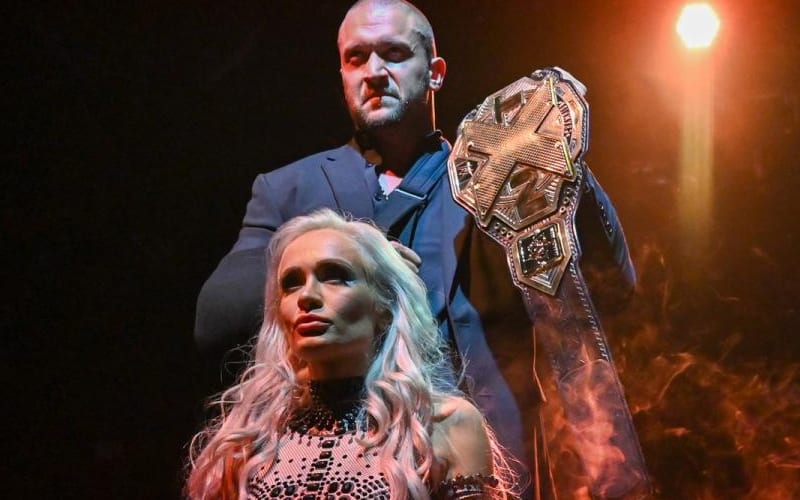 According to Fightful Select, Karrion Kross’ push in NXT was a product of Triple H and Matt Bloom both being very high on him. It was reported that “as soon as Kross became available and met with WWE they were in on pushing him heavily.”

It was also noted that “they’ve never seen anyone there” who was “held in such high regard by management.” Karrion Kross is Triple H and Matt Bloom’s guy.

It was also reported that Kross has been very easy to deal with. This comes off the heels of reports about how bad his time went with Impact Wrestling in terms of his contract disputes.

Kross also had heat in Impact Wrestling because he refused to cut himself during a match. He might be out of the ring for an extended period of time, but it wouldn’t be a huge surprise to see him right back on top as soon as that separated shoulder is healed.