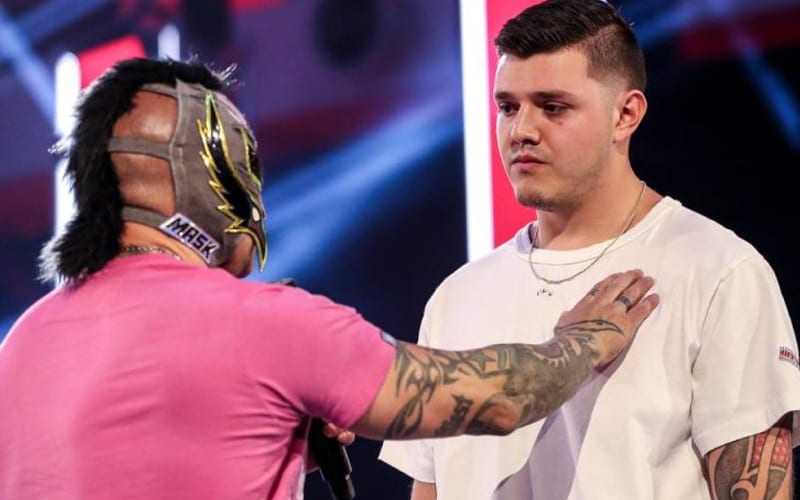 Dominik Mysterio impressed a lot of people at SummerSlam after his performance against Seth Rollins. We will have to see what’s next for the young Superstar following Retribution’s attack on RAW, but he will likely remain on WWE television in some way.

WWE put a lot of trust in Rey Mysterio’s son when he was booked to take on Seth Rollins at SummerSlam. This was an opportunity he seized, but his mother was still a bit nervous about the kendo stick shots.

Dominik revealed to the Gorilla Position that he’s only seen his father cry four time in his life and the latest was following his SummerSlam debut.

“I think my mom was more nervous than my dad.  I think my dad was excited about it because he never pushed me to go into it.  It was more on my own.  I approached him about wanting to join the business.  He’s been excited ever since.  Especially now.  I’ve seen my dad cry maybe three or four times in my lifetime.  The fourth time was after my match at SummerSlam when we were all upstairs together.  I think it’s very special for him that I’m following in his footsteps.  I think he’s very happy and I hoped I made him proud.”

Dominik Mysterio has pro wrestling in his blood, but he also trained with Lance Storm and others prior to stepping in the ring for WWE. He could have a big future ahead of him as Prince Mysterio continues to cement a future for his family’s legacy in pro wrestling.