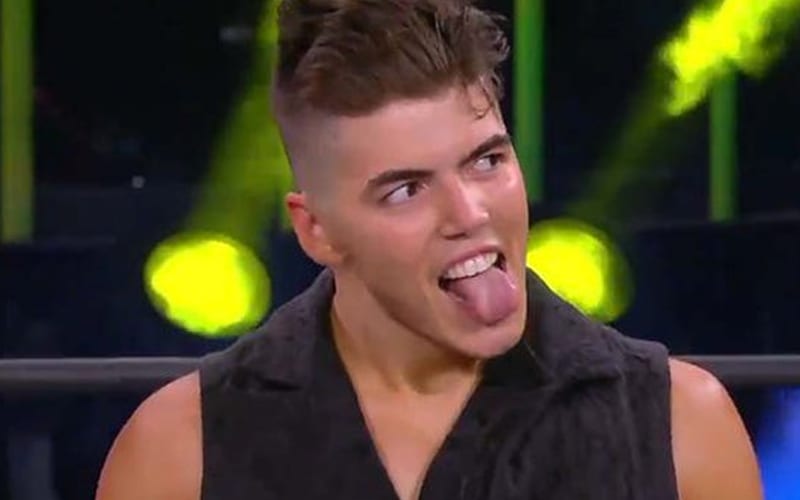 Sammy Guevara was suspended from AEW after audio from an old podcast resurfaced where he said some awful things. This was followed by a stint of time when the Inner Circle was missing their Spanish God.

Guevara returned to AEW Dynamite under Sepentico’s mask. It was a big surprise, especially for Sepentico’s girlfriend.

While speaking to AEW Unrestricted, Sammy Guevara revealed that he had no idea what he was doing during his AEW return. He admittedly should have asked questions about what the plan was, but he left it all to Chris Jericho’s genius.

“[Chris] Jericho told me he had an idea for me to come back. I didn’t really ask too many questions, I was just like, ‘Okay, cool.’ And I was more just working on doing the training and stuff like that, and then when I finished it, it was like, ‘Okay, cool, we’ll send you the flight,’ and all that. I didn’t know what I was doing until probably like an hour, two hours before the show started. Someone was like you’re gonna be Serpentico and I was like, what? I had no idea what I was doing, and that’s my own fault for not asking questions. But I also trust Jericho, the genius that he is, whatever it’s gonna be, I’m sure it’s gonna be great.”

Sammy Guevara had no idea what he was doing upon his return to AEW. Everything seemed to work out in the end as he was able to get right back in the swing of things and eventually continue his feud with Matt Hardy.