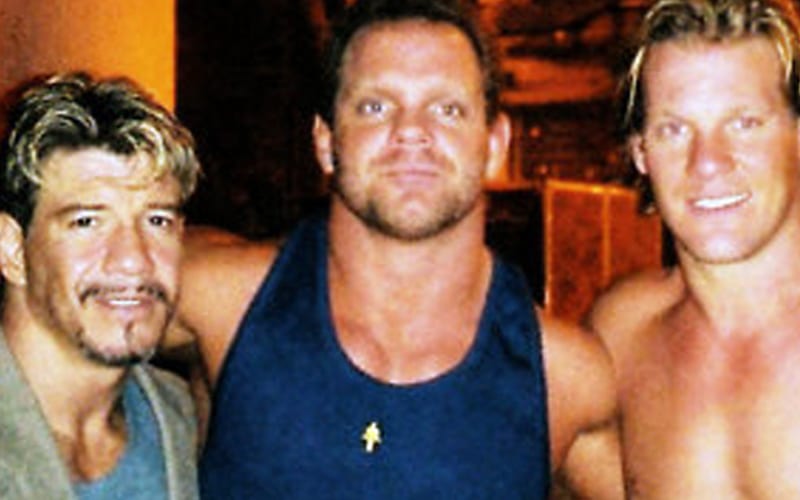 Chris Jericho made a lot of friends in pro wrestling. He also sadly experienced a couple of his friends passing away. Chris Benoit and Eddie Guerrero were friends of Jericho, and he wishes he could have them both back.

During his Saturday Night Special, Chris Jericho as asked what he would say to Chris Jericho and Eddie Guerrero if given the chance. Both men left this world in completely different circumstances, and that made this question a difficult one to answer.

Guerrero and Benoit will never be forgotten, but they are also remembered for different reasons. While WWE celebrated Eddie Guerrero’s legacy any chance they can, Chris Benoit can’t even have his image shown in the ThunderDome (a fan tried that during RAW this week).