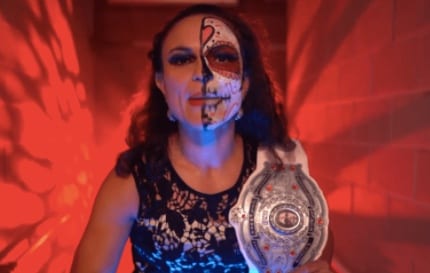 As seen on Sky Bet, the betting odds for Hikaru Shida vs Thunder Rosa at AEW All Out have been released.

On last week’s Saturday Night Dynamite, the aforementioned Rosa made her presence known as she challenged Shida to a match for the AEW Women’s Championship.

Rosa, who currently holds the NWA Women’s Championship, is ready to try and become one of the most dominant forces in women’s wrestling today.

It doesn’t seem like the bookmakers believe in her very much, though, with Rosa currently being priced as a distant 10/3 underdog. Shida, on the other hand, is the strong 1/3 favorite to walk out of All Out with the belt.

Many fans have been critical of AEW’s women’s division since Dynamite debuted last year, but perhaps Rosa can be the catalyst behind some kind of movement in the months to come.