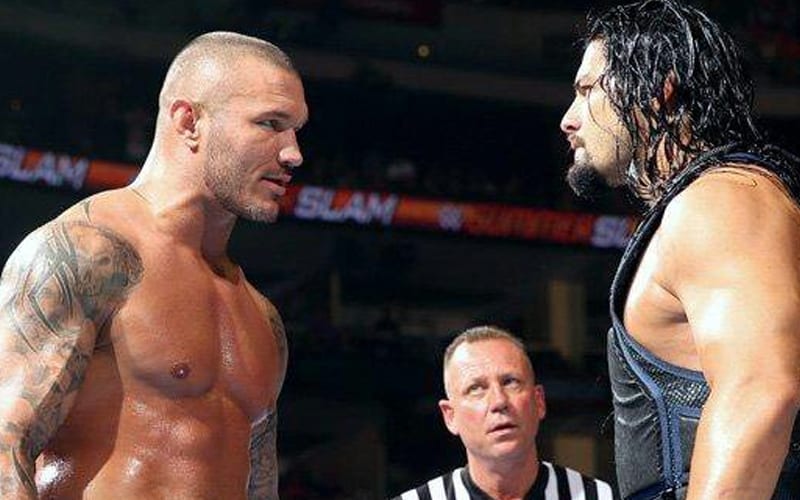 Roman Reigns returned at SummerSlam, but he was welcomed back by Randy Orton in a very interesting fashion. The Viper decided to take a few shots at Roman’s new teeth.

Fans already called out Reigns’ dental work during his hiatus. When he returned to WWE’s HD cameras it was very noticeable. This led to a couple of back-and-forth social media jabs at each other.

Ringside News has learned that Roman Reigns and Randy Orton aren’t working any kind of angle. They are ribbing each other online for all to see. This also drummed up a considerable amount of attention.

We were additionally told that they are “taking shots at each other because they are old school ‘boys.'” They both have pro wrestling in their blood as multi-generational Superstars and that’s just part of the culture.

It was described to us as a “half-shoot.” They aren’t heated at each other “unless someone crosses a line.” It’s very likely not going to end up in a fight, on or off screen. Orton and Reigns are both locker room leaders and professionals.