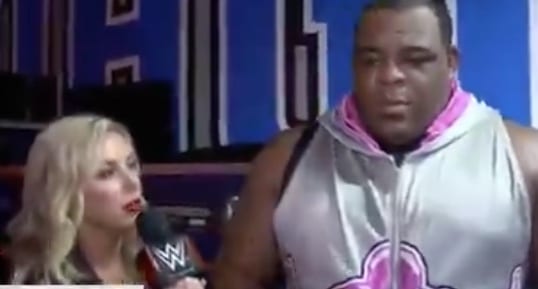 Last night, former NXT star Keith Lee made his presence known on RAW as he made the long awaited move up to the main roster.

He had an uncertain debut against Randy Orton with Drew McIntyre also making his presence known in the match, and Lee isn’t really sure how he feels about the whole thing just yet.

Lee speaks incredibly well when he’s given time on the mic, and yet, his most impressive asset is still his insane power and speed in the ring.

We wouldn’t be all too surprised to see Mr. Limitless rise up through the ranks of the main roster at a very quick pace.