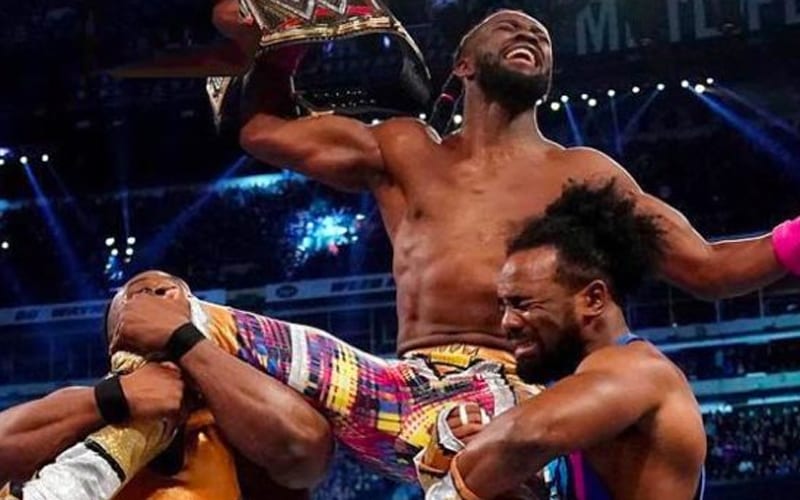 Kofi Kingston’s position in WWE was a topic of conversation when Big E brought him up on Talking Smack. The Miz received a lot of criticism for how he handled his response.

Former WWE writer Dave Schilling commented on the video of Big E and The Miz’s exchange on Talking Smack. Schilling confirmed that nobody with any pull in WWE believed in Kingston during that run as he scratched and clawed his way to the top.

I was there. I saw it. No one who had any real sway believed in Kofi.

He later confirmed that “the plan was Kofi getting squashed by Brock from DAY ONE of his title reign. DAY ONE!” That being said, WWE apparently knew Kofi Kingston was getting his title through the debut of SmackDown on Fox where Lesnar squashed him in rapid fashion.

Kofi Kingston isn’t on television right now. He is “injured,” and taking a break as Big E gets a singles push. We’ll have to wait and see how that turns out for Big E, but Kofi Kingston’s ride to the top was quickly followed by a slide to the mid-card following a 180-day WWE World Title reign.