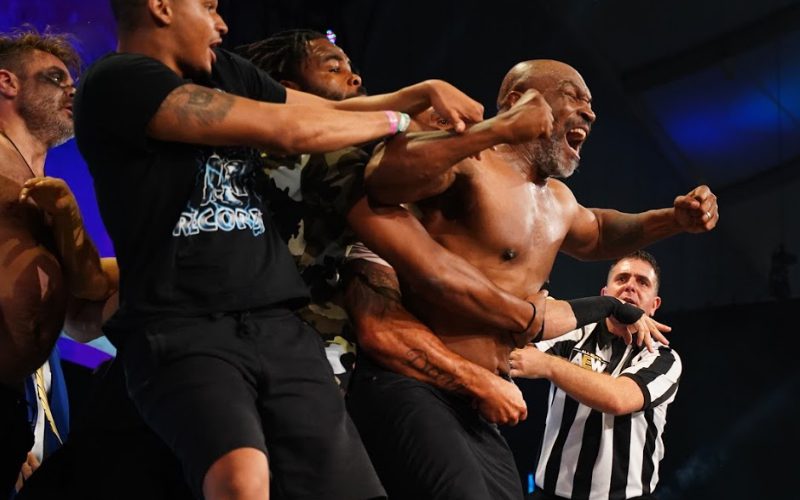 Mike Tyson showed up at Double Or Nothing to present the TNT Title. He re-sparked a feud with Chris Jericho on the following Dynamite. Since then Iron Mike hasn’t been in AEW, but there is still hope he will come back.

During his Saturday Night Special, Chris Jericho stated that Tyson’s return will happen. A match could also be likely with Tyson. They’re still talking to the former Heavyweight Boxing Champion about coming back to AEW.

“Yes, of course we’re still talking to Mike, and we will figure it out one way or another.”

Mike Tyson’s fight against Roy Jones, Jr was pushed back. We’ll have to see if AEW can convince Tyson to make a return. They made some premium headlines with his last appearances.

Tyson also had a great time at AEW and it’s very likely. Chris Jericho certainly hasn’t lost hope that it will happen.