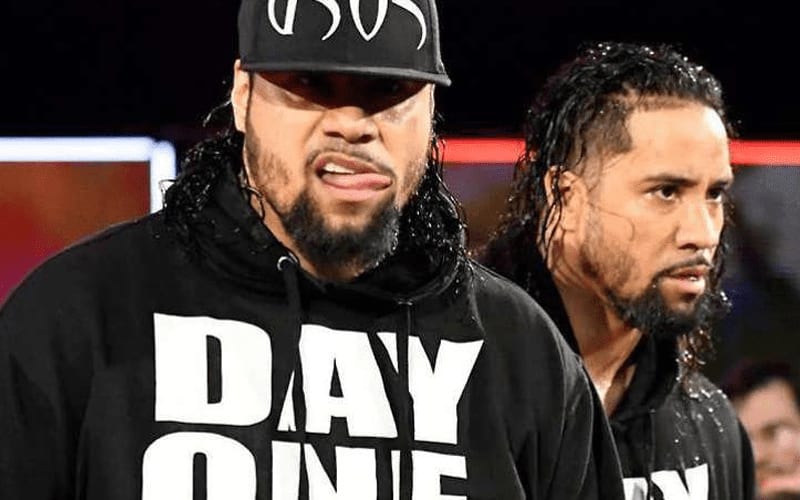 WWE has many tag teams in the history of the company that didn’t last. The Usos have been together since birth.

The Usos recently spoke to D-Von Dudley’s podcast Table Talk. WWE hasn’t broken up the Usos yet and Jimmy stated that the company hasn’t approached them with a possible break up plan. It doesn’t mean that it’s impossible, but it hasn’t happened yet.

Jimmy then stated that if WWE does break them up then he would definitely want to wrestle his brother. That only seems like a logical direction to go with their breakup.

“Honestly, I don’t think they’ve ever approached us with that. We’ve never thought about it. I’ve told [Jey] that we can be the only tag team in history that never splits up. They’ve never came to us about splitting up, and we still feel like we have a lot to do as a tag team. We still feel like we’re rocking the tag team division. We still love tag team wrestling. It’s fun when you have two cats in there killing it, but with tag teams, you have four! You just doubled the fun.”

“If we did split, I’d love to go against my brother. We have always said, if we split, we don’t want to go drink anything with somebody else. If I ever split, it would be against him, and just like when Bret and Owen went against each other in the steel cage, watching brothers do that, that’s got to be cool. The Hardy Boyz, when they feuded, that’s so cool to me. They looked like they were literally beating the hell out of each other in there. I know me and [Jey] would got beat the hell out of each other because we love each other. Isn’t that crazy?”

We might see Jimmy vs Jey eventually. That doesn’t mean WWE or the Usos are in any rush to break them up. The Usos are widely regarded as one of the best tag teams on the planet and WWE signed the Usos to new contracts last year for a reason.