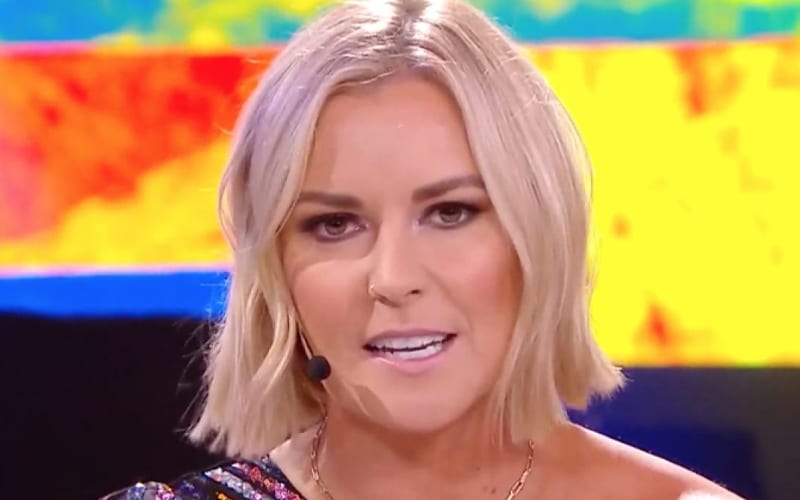 WWE’s 2020 SummerSlam event marked Renee Young’s final night with the company. She got some props on the kickoff show where Charly Caruso was able to personally thank her for blazing a trail for women in WWE’s broadcast team.

Young sent out a heartfelt goodbye and thank you to fans and everyone she worked with. A couple of hours later she followed that up with another tweet of gratitude.

Apparently, the biggest party of the summer had an after part. Of course, Renee Young was invited. She’s not shy around alcohol, but that resulted in quite a rough morning.

Also thanks to all of the cool dudes who hung out last night and sent my ass home with a gnarly hangover. Love ya!

Even if Renee Young wasn’t married to the AEW World Champion, she’s been with WWE since 2012, and would be just fine on her own. We’ll likely see much more of Renee Young for years to come as her career path seems to be on the rise.

There might be a non-compete clause with WWE, but Renee Young will have no trouble finding other projects to occupy her time.