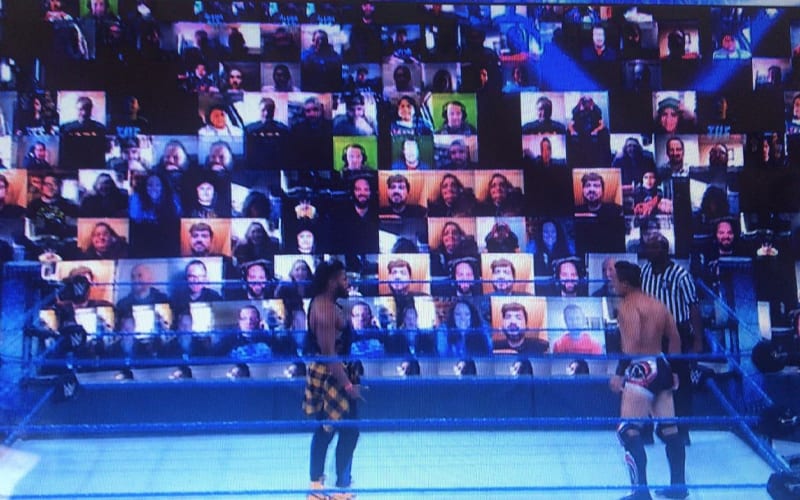 SummerSlam took place in the WWE ThunderDome with the ring surrounded by tons of faces. Throughout the night there were times when everyone seemed to respond in the same way. There is a very good reason for that.

WWE has fan coordinators on participants’ headsets and everyone in the ThunderDome can hear the prompts that they are given. This is the reason why so many fans all give their thumbs down at the same time. They are all getting the same orders at the same time.

Dave Meltzer noted on Wrestling Observer Radio that this is similar to how they would do WCW studio audiences in the mid-90’s with someone encouraging the crowd to react in the same way at the same time.

The ThunderDome might need some work to get fans into the action. There will be some tweaking to the way they are doing things until they get it right. They have enough time in the ThunderDome to hopefully figure things out.