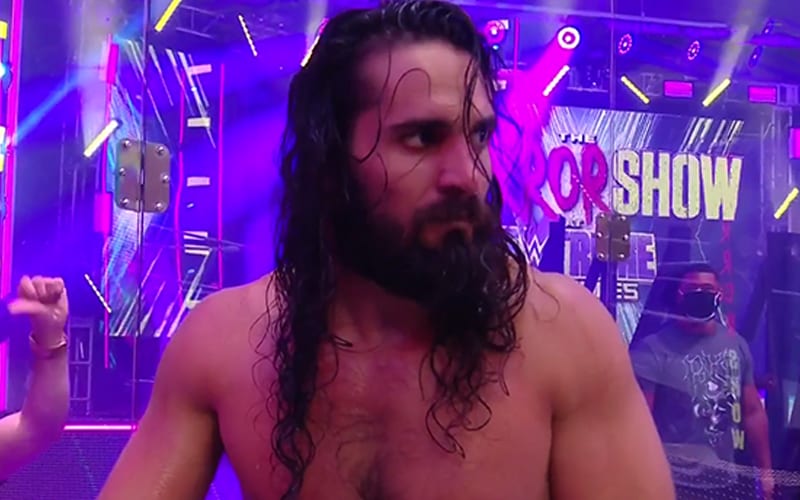 Seth Rollins is a lifelong WWE fan. He remembers when it was nothing for WWE to draw double to television audience that they are earning now. He wants a return to those days.

While speaking to Bleacher Report, The Monday Night Messiah expressed a desire to help WWE return to their former glory. He wants to be on top of the cable rankings every week without any excuses about why they fell.

Rollins stated that he loves the pro wrestling industry. He previously spoke about how much he wants to help younger talents grow in the business. This is a huge desire for Rollins to see WWE gain success and return to a spot on top of the weekly rankings.

“I would love for Raw to be at the top of the cable rankings every single week and be the most talked about thing around the water cooler and all that stuff… I love this industry more than anything. I’ve dedicated my whole life to it, so I basically just want to do anything I can to make it the best it possibly can be.”

Seth Rollins has publicly defended WWE against dissenting fans several times before. WWE is also doing whatever they can to gain interest including the massive undertaking that is the ThunderDome. Chris Jericho loved the ThunderDome for what it’s worth.

The real question is whether society has changed so much that WWE simply can’t carve out as large of a section of the audience as they once had. We will have to see what’s to come, but Seth Rollins seems excited to see WWE get there.