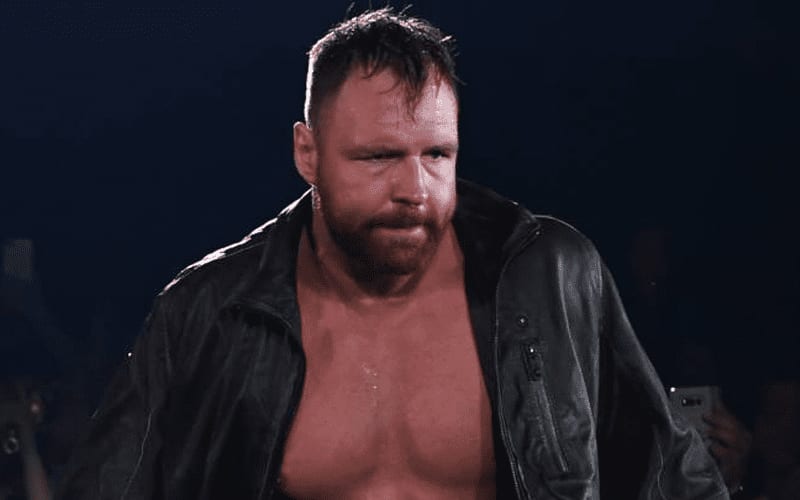 Jon Moxley is the IWGP United States Champion and the AEW World Champion, but he currently only gets to defend one of those titles due to the pandemic. Moxley will be back in NJPW and when he does his Paradigm Shift DDT will be called the Death Rider once again.

Meltzer explained that when NJPW shot Jon Moxley’s debut video package, they didn’t even have Mox there. They had a stand-in who looked enough like Moxley to pull it off.

It was said that NJPW sent someone to go to a Goodwill store and buy a jacket for the segment. It just so happened that the jacket they bought had “Death Rider” written on the back of it.

It was then stated that NJPW simply decided to make Moxley’s nickname Death Rider because that was what was on the back of the jacket they bought from Goodwill. This is also why they changed the name of his finisher as well.

MJF currently has a petition to ban the Paradigm Shift DDT during their match at All Out. During Dynamite this week, MJF claimed to have 5 million signatures, but you can click here for the real numbers.