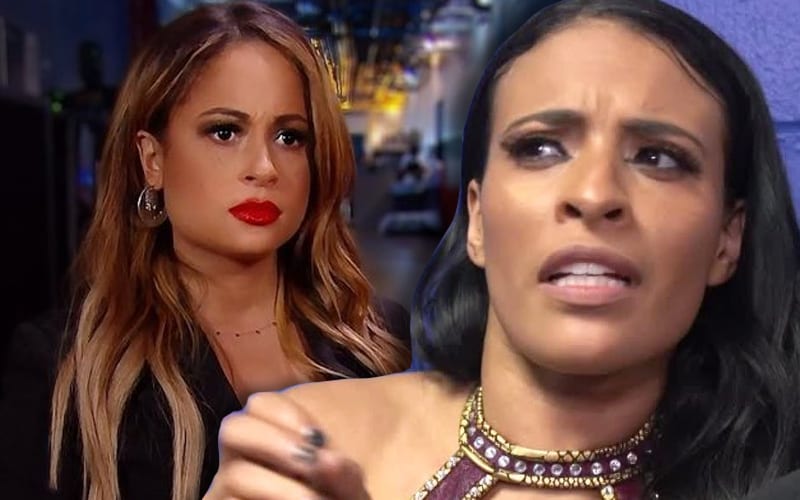 Kayla Braxton is a professional, but everyone has their limits. She recently refused to take part in an interview with Zelina Vega due to Vega allegedly poisoning Montez Ford.

During a recently released video message, Kayla Braxton explained that she had to remove herself from an interview with Zelina Vega. She said that she cannot in good conscious sit there and have a cordial interview with someone who allegedly poisoned another WWE Superstar.

Kayla Braxton ended her message by saying that she’s not sorry for missing the Zelina Vega interview. She wonders how Vega sleeps at night and then said “shame on you,” prior to concluding her video message.

It seems like Kayla Braxton and Zelina Vega’s issues will continue. You can check it out below.