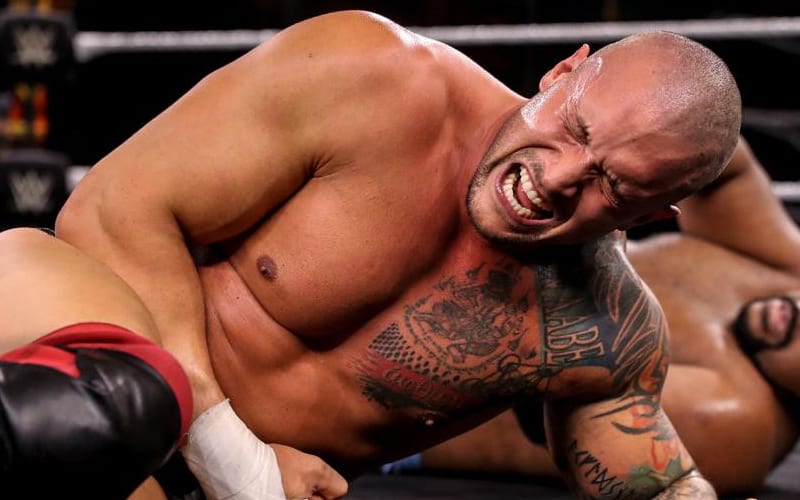 During the post TakeOver conference call, Triple H addressed Karrion Kross’ injury. As we previously reported Kross is believed to have separated his shoulder and he’ll have an MRI on Monday.

Triple H called Kross’ injury bittersweet. He knows how hard Karrion Kross and Scarlett worked to make it to WWE. Now that Kross reached such a high level he was injured in the process.

“I know he’s bittersweet because he’s ecstatic in the moment. He is excited in the moment. This is a dream come true for both him and Scarlett. They worked an entire career to get to this moment, and I can tell you that from the bottom of his heart, because he and I had that conversation since the first day, so for him to get here in talking to him earlier in the day, what he almost felt like was this crazy, surreal moment where the two of them, both he and Scarlett kept saying, ‘it’s hard for us to believe we’re here in this moment.’ They kept waiting for it to change today or for something to happen that would change everything, and then you get to that moment. And with the uncertainty of something like this in the end, man my heart breaks for him. I know everybody here does, but we’ll see where he’s at.”

We will keep a close eye on the situation regarding Karrion Kross’ injury. Hopefully, it’s not too bad and he will be able to take care of this bump in the road with a little rest and it won’t require him to drop the title he worked so hard to earn.