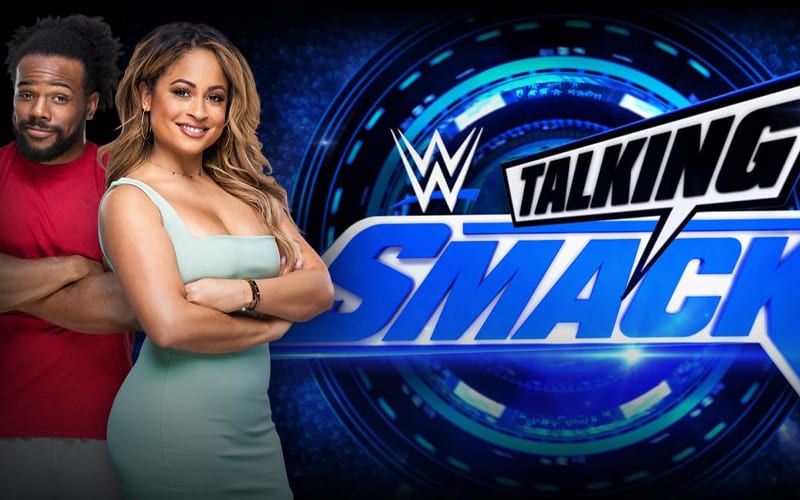 WWE debuted Talking Smack on the WWE Network today and tons of fans were excited about the show’s return. Renee Young left WWE just as the show was coming back so Kayla Braxton and Xavier Woods were announced as the show’s new hosts.

Braxton was there for the Talking Smack debut, but Woods was not. He was absent and The Miz filled in. Woods lack of presence was not addressed.

The Miz is a fantastic talker and he served as host without any issues. It is still interesting that Xavier Woods was promoted as the host of Talking Smack, but he didn’t show up.

Talking Smack was a fun episode for the debut. They also revealed the new stipulation for Bray Wyatt and Braun Strowman’s SummerSlam encounter.