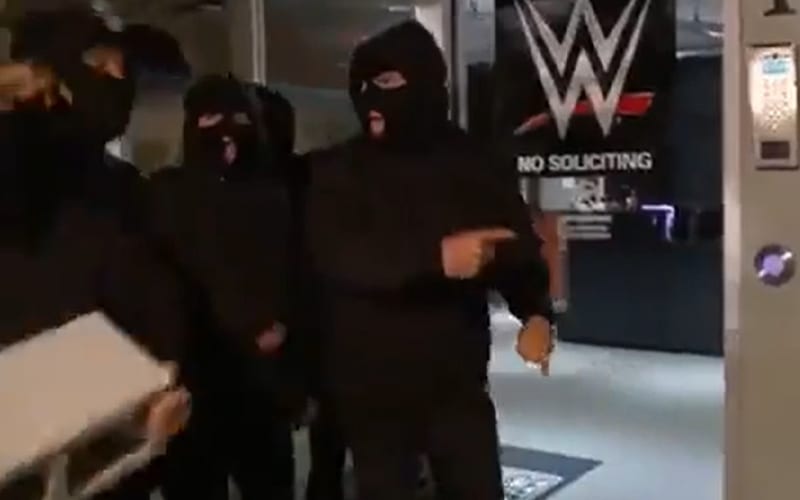 Following SmackDown this week, Drew Gulak cut a promo on Retribution. He called them out for back-dooring their way into WWE and being a bunch of cowards.

Gulak also didn’t appreciate how Braun Strowman knocked him down when he was just trying to help him up. Drew said if Braun is looking for a fight then he knows where to find him.

Drew Gulak couldn’t stew in his angst for long. He had 205 Live to commentate for directly following Friday Night SmackDown.