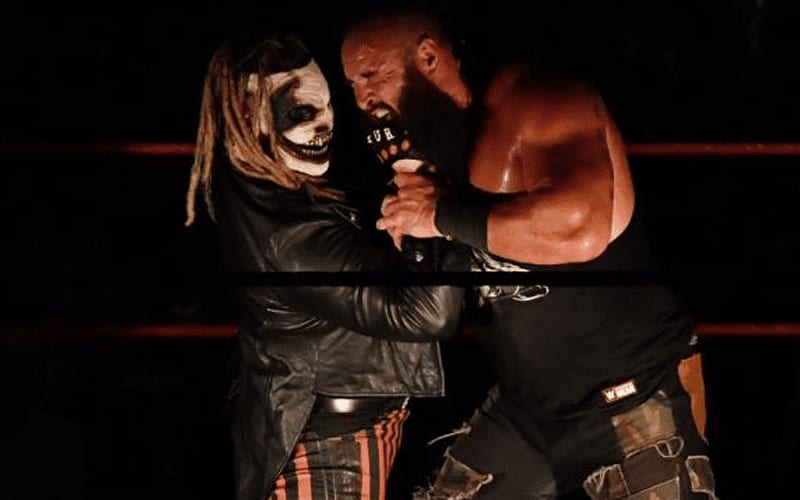 Braun Strowman will put the Universal Title on the line against Bray Wyatt’s Fiend at SummerSlam. Now they have a very interesting stipulation that could take the fight anywhere.

Talking Smack returned today and Kayla Braxton and Xavier Woods had some breaking news. They revealed that the Universal Title match at SummerSlam is now a falls count anywhere match.

Braun Strowman kicked things to another level this week when he seemingly murdered the fun-loving Firefly Fun House version of Wyatt. The Fiend appeared out of that ambulance and everyone was shocked while the Fiend laughed away.

This could be an explosive situation at SummerSlam. Keep checking back with Ringside News for constant updates.