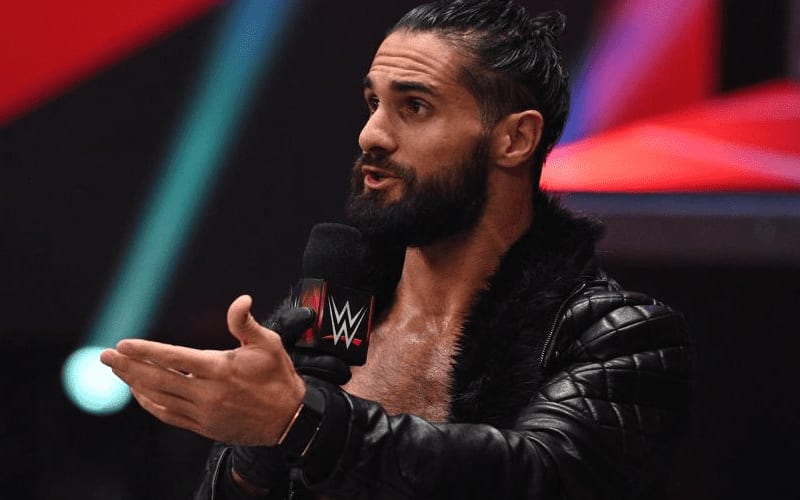 Seth Rollins’ character has been through quite a roller coaster in WWE. He came in as a member of The Shield and then turned his back on the Hounds Of Justice as he smashed them with a steel chair. The Architect became the Monday Night Messiah, and a lot of fans still hate Seth Rollins’ smug delivery and near flawless execution in the ring.

Rollins wants to bring The Greater Good to WWE. He’s having a harder time doing so without his disciple Austin Theory who Rollins said is having personal issues.

SportingNews recently spoke to Seth Rollins who brought up WWE fans. His focus was yet again on why they aren’t happy. According to Rollins, the fans aren’t happy even if WWE gives them what they want.

It’s funny how that works. I don’t know what the fans want. You give them what they want and they reject it. Then you give them what they want again and after two weeks and they want what they rejected. It’s such a weird roller coaster. Wrestling fandom is one of the wildest things in the world. We have to do things week to week because we really don’t have things planned and done for weeks like a TV show. Everything changes week to week. I can’t imagine being somebody who has to write a wrestling show; you have to lose your hair. I can just do my job the best I can.

Seth Rollins is currently booked in his second WWE pay-per-view match in a row against a different member of the Mysterio family. That must be some sort of new record of facing a father/son duo in consecutive pay-per-view outings. We’ll have to see if Rollins’ attempt to stop Dominik Mysterio are as successful as he was taking out Rey Mysterio’s eye.

All the while, WWE and Seth Rollins will keep entertaining fans one way or another.