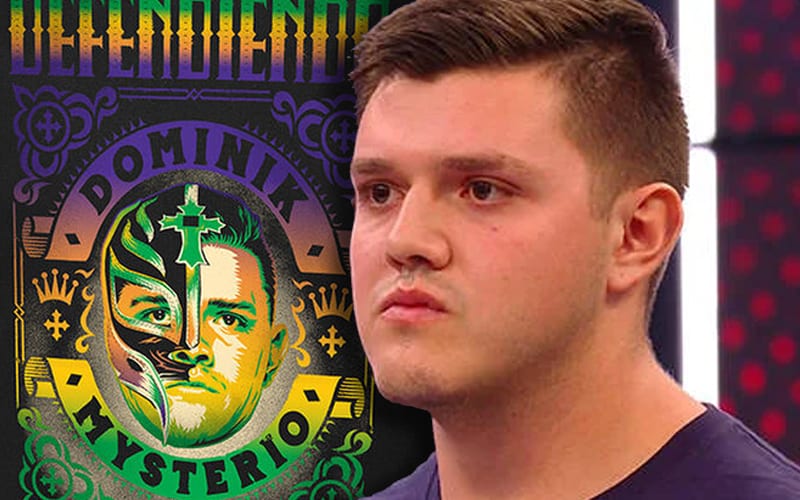 Dominik Mysterio will debut at SummerSlam in a huge match against Seth Rollins. That street fight might be Dominik’s first official match, but he got official merch even before making his way to the ring. Click here to check out Dominik’s official WWE entrance music.

WWE revealed Dominik Mysterio’s new merchandise and it is quite interesting. His face is half Dominik’s face and half mask. This makes us wonder if the Prince Mysterio gimmick is coming.

The fact that a crown is featured over the “DM” logo on the back of the shirt is a bigger clue. He could very likely be called Prince Mysterio sooner than later.

You can check out Dominik’s new merchandise below. He is fighting for his family which is what his shirt proclaims as “Defendiendo A La Familia” is also featured on the front.