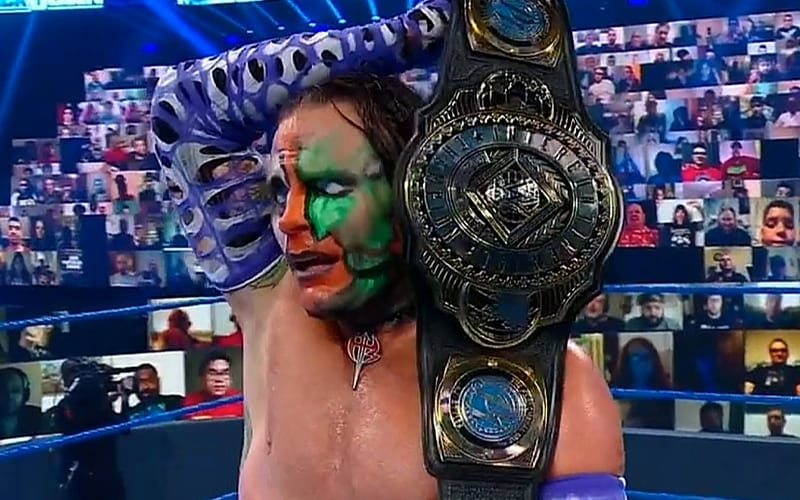 Jeff Hardy and AJ Styles entered the ThunderDome this week, but only one man exited as IC Champion.

AJ Styles attacked Jeff Hardy during the intro segment of the night. This was the big Retribution angle that interrupted Vince McMahon. Hardy sold his injury all night and carried that on into this match.

Styles focused on Hardy’s knee throughout the beginning of the match. Then during the finish, Hardy hit Styles in the face with his kneebrace while AJ was trying to hit a Styles Clash.

Hardy nailed a Twist Of Fate and a Swanton Bomb to win the WWE IC Title.