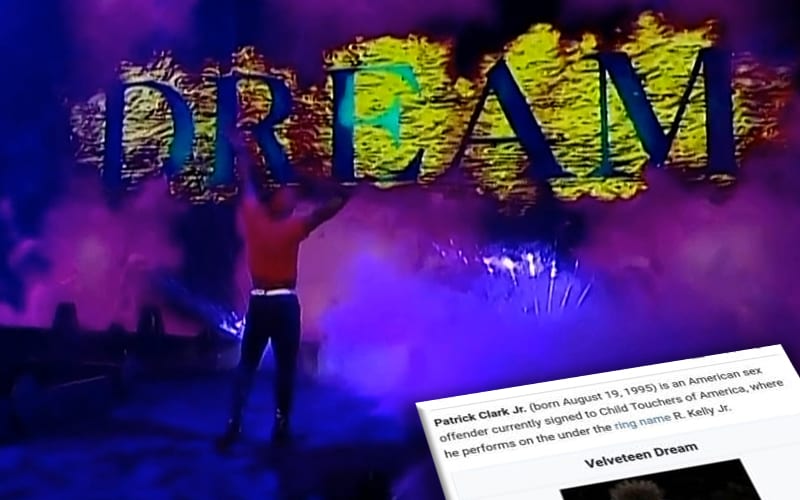 Dream’s Wikipedia page was edited to show his name as “R. Kelly.” Wikipedia changed it back, but the Internet Wrestling Community wasn’t done yet.

Other edits have now surfaced online that were made to the profile. The folks at Wikipedia were really busy correcting all of the edits fans made.