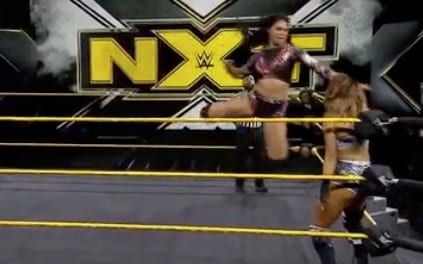 Prior to that, though, she had to first go through a pretty tough challenge in the form of rising star Jessi Kamea.

While Kamea may not have been particularly well known to casual fans before the match, she’s certainly got a lot of fans talking after taking on Kai.

It’s going to take some time before Kamea is considered to be one of the top stars in a stacked NXT women’s division, but performances like this surely can’t hurt.

Now, it’s all about giving her the persona to go alongside her in-ring prowess.