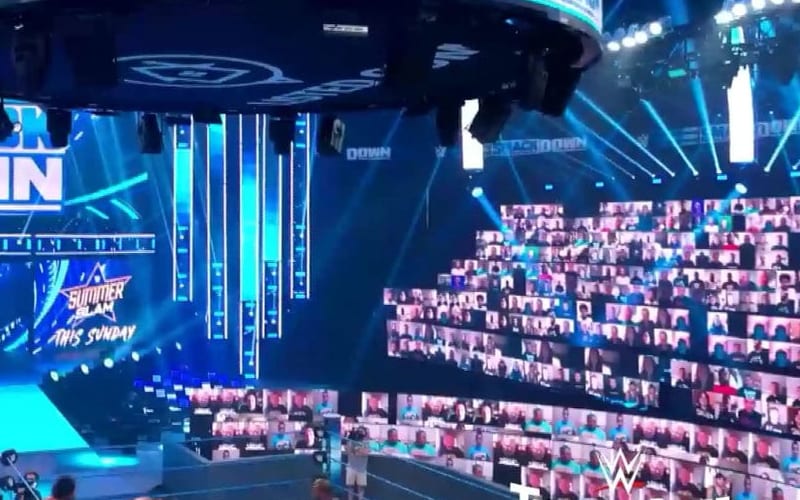 WWE is bringing fans into the ThunderDome and it will be a very different kind of presentation. This will put fans back on screen, but they won’t be live in the arena. Instead, they will be in their own little boxes all around the arena.

The company ran tests for the ThunderDome today. Plenty of people are anxious to see what this new show will look like including Big E.

Click here to check out some early shots from the ThunderDome’s test.

When Big E saw what the ThunderDome has in store, he only had a comment to reply in the form of an animated gif. The game “Guess Who” was the only thing he could think of with everyone in their own little boxes.

This ThunderDome concept could be a big hit. It could also confuse fans and make them think about the fact that they’re living during a pandemic even more. On the other hand, AEW is bringing fans back to Dynamite.

Are you excited about the ThunderDome? Sound off in the comments below!!!