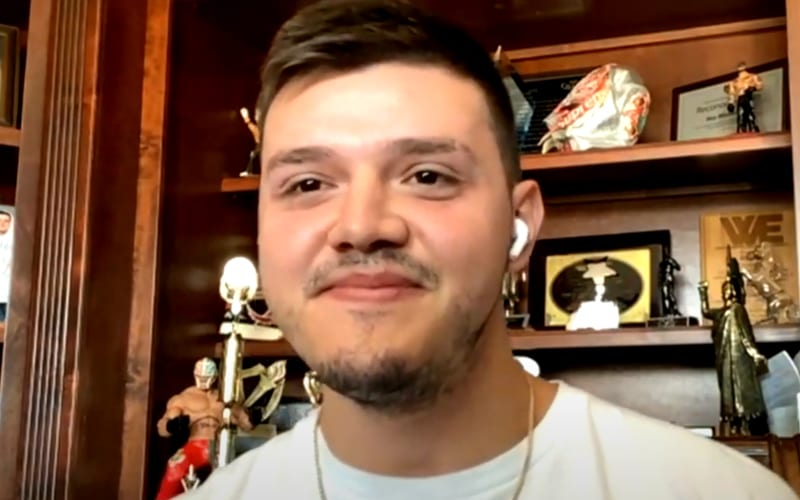 Dominik Mysterio is set for a big match at SummerSlam this week. He is taking on Seth Rollins in a street fight to battle for his family’s honor. Rollins is Dominik’s primary focus right now which hasn’t given him much time to think about what’s next.

During WWE The Bump, Dominik was asked about his plans following his match with the Monday Night Messiah. He hadn’t thought about it much, but plans to sit down with his father to see what the plan is.

“I haven’t really given it much thought because I’m super focused on Sunday and thinking about it. After Sunday I think I’ll definitely sit down with my dad to see what the next steps in the Mysterio Dynasty is and what steps need to be taken next.”

Dominik Mysterio will need to sit down with Vince McMahon if he really wants to get anything done in WWE. At least he seems to be keeping kayfabe by acting like his father is in control of his creative direction.

Rey Mysterio signing a new WWE contract reportedly came with Dominik attached. We’re not certain how much involvement Dominik will have in WWE, but he is certainly getting a huge spotlight at SummerSlam.