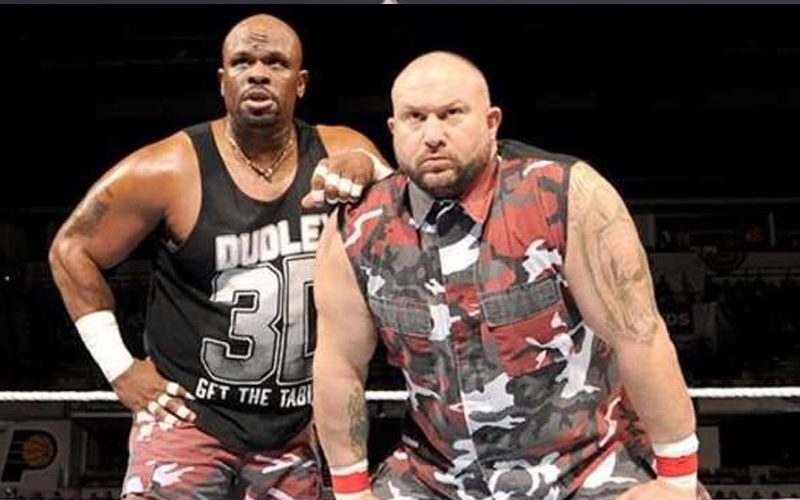 The Dudley Boyz are WWE Hall Of Famers, but if you ask D-Von he never wanted to be in a tag team in the first place.

While speaking to The New Day: Feel The Power, D-Von Dudley discussed how his legendary tag team formed. He wanted to be a singles star, not in a tag team. Bubba Ray Dudley was all about becoming a tag team. The rest is history.

“It’s weird when you’re a tag team wrestler for so long, but when I first came into this business, I’m like Bubba. Bubba always wanted to be in a tag team, I didn’t. I always wanted to be a singles [competitor]. So even when I got to ECW and I was going to be part of the Dudley Clan, I thought that eventually, I would still be able to be D-Von Dudley by himself and, you know, work with the other guys.”

“But they wound up putting me and Bubba together. So, at that point, I just kept on going, and going, and going until the opportunity came and they asked me to do Reverend D-Von. At first, we were like ‘No’, because there it is. We felt that we were on the high, you know, why mess it up? But at the same token, I always said, ‘Whatever the new gimmick is going to be, you have to make sure it works because that’s the only way you’re going to get satisfaction with your career is if you could have done it as a singles.'”

WWE finally gave D-Von a chance to be a singles star as Reverend D-Von. He was enjoying his run as a singles competitor, but WWE wanted to get the Dudley Boyz back together. He resisted that and felt like he was “shafted.” Then D-Von realized how much money the Dudley Boyz made, and that seemed to make up for it.

“When I got the phone call that Bubba and I were going to get back together, I told Bubba on the phone, ‘I didn’t want it.’ I didn’t want it because I wanted to be singles [competitor]. I wanted to give this a shot. I felt like I got shafted, but I look at it this way, with everything that happened and however it went down, you know, we went on to create more history, Bubba and I. That will be the one thing in my career that I could’ve done better. But it is what it is and I moved on from it.”

The Dudley Boyz are no longer a working tag team, but you can never say never about some sort of reunion. Bubba Ray Dudley has stopped by WWE The Bump since his ROH departure, so it’s always possible that he might end up telling D-Von to get the tables one more time down the line.