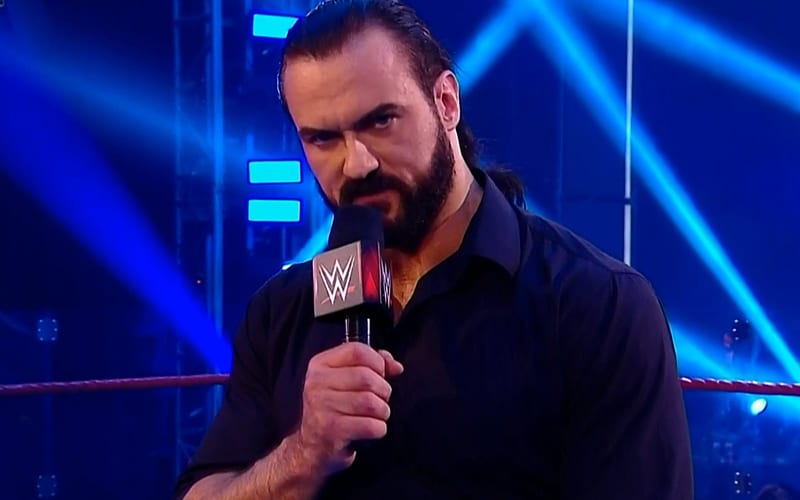 WWE was making headlines for Raw this week before the first segment even started. The opening video package was all glitchy thanks to Retribution. Then Drew McIntyre came out with an addition to his entrance.

Click here for complete coverage of WWE Raw from this week.

WWE Champion Drew McIntyre came out to open Raw this week. Before his music started, WWE played a new sound effect. They inserted a sword sound before McIntyre’s music starts.

It’s unclear if this sword will somehow make more sense when it’s seen inside the ThunderDome. It definitely caught a lot of attention.

Of course, they didn’t have much time to talk about it because Retribution soon hijacked the entire show and prematurely ended McIntyre’s promo.