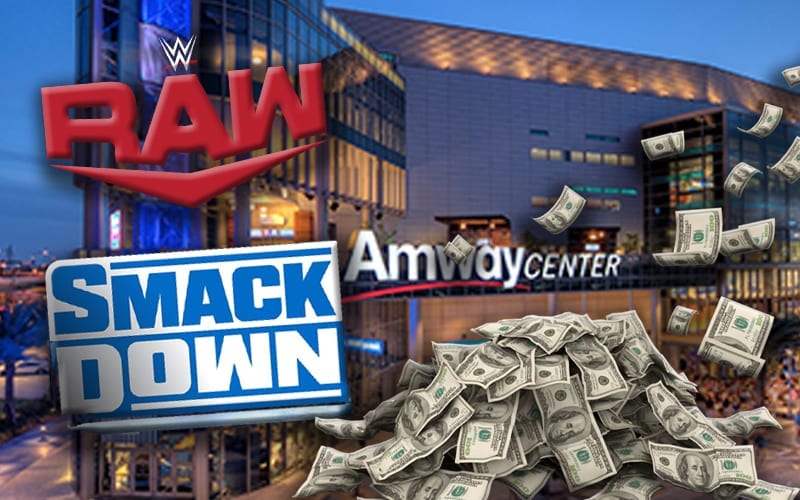 WWE is running shows out of the Amway Center in Orlando Florida. That residency for WWE in the home of the Orlando Magic made plenty of headlines. They are also bringing in the ThunderDome which generated even more buzz.

Jon Alba tweeted out after hearing from New 13’s Jeff Allen that WWE is shelling out a considerable amount of money to run shows out of the Amway Center. The current deal is for WWE to pay $450,000 for the next two months’ worth of programming.

My @MyNews13 colleague @News13JeffAllen says City of Orlando officials tell him Amway Center will be making about $450,000 off #WWE‘s residency. Given WWE has been off the road for most of the year, that’s a bargain for the company, and good money for venue.

It appears Amway Center will make about $450,000 off the residency for two months.

The deal with WWE and the Amway Center is only until the end of October. We will have to see what WWE and the City of Orlando can work out after that. Things could be in a much different situation when November rolls aroud.