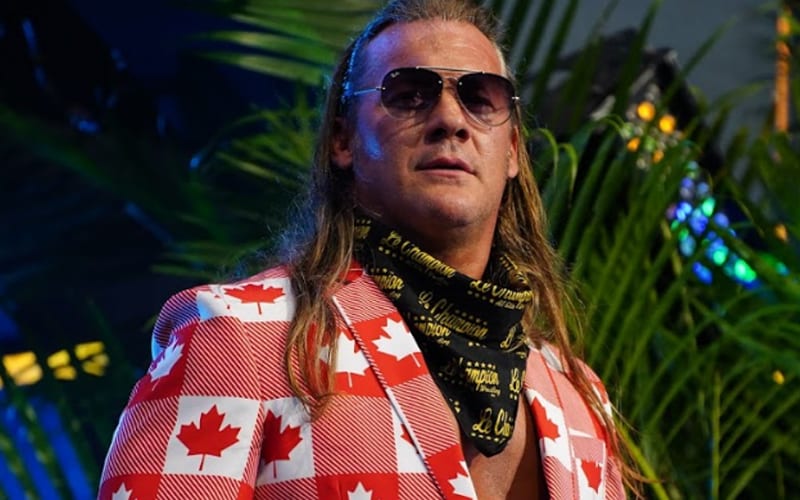 Chris Jericho entered WWE with a countdown clock to mimic the signs of the times. Y2K was coming, and Jericho got his own treatment. Then when the clock counted down to 0:00, Y2J came out. Just don’t call him Y2J anymore.

While recently speaking on his Saturday Night Special, Jericho revealed that he’s over that nickname. The Demo God has been through several names since then anyway. It’s just like when an actor is known for a role they played 10 years ago and not their recent hits. Jericho understandably feels the same way.

“Of course I [like Y2J]. Could I ever go back to it? No. And when people still refer to me as Y2J, I’m like, ‘Dude, that was ten years ago’. And that was one of the things with why I always insisted on morphing, and updating, and evolving as a character. If you call me Y2J now, it’s an almost an insult to me because that was such a long time ago.”

“That would be like an actor, like if you were Brad Pitt. If you liked Brad Pitt in Once Upon a Time in Hollywood, the last Quentin Tarantino movie, [Brad was] Stuntman Cliff, and he was doing a live show and people were yelling out, ‘Thelma and Louise! Thelma and Louise!’ It’s like, ‘Dude, that was f–king twenty years ago. I’ve done so many things since then that when you say Thelma and Louise, it’s almost an insult. Stick with the new things.’ So, I loved Y2J at the time. I do not appreciate being called Y2J now.”

Chris Jericho is good at coming up with nicknames. Thanks to AEW’s proclivity to market things a new Jericho nickname can have merchandise that next week. We’ll have to see what’s next for Le Champion, but he’s obviously over the Y2J nickname now.