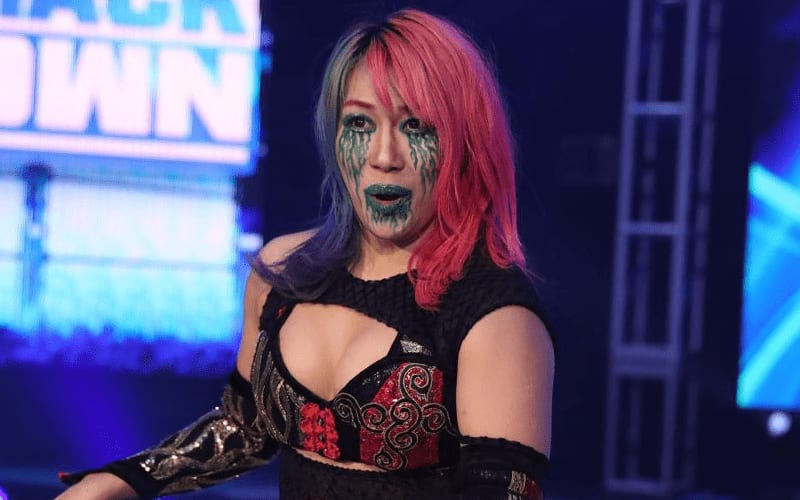 Asuka will be a part of WWE’s content as they roll into the Amway Center and unveil the ThunderDome. If you ask Asuka they did it all for her.

Click here for a FIRST LOOK at the ThunderDome’s construction.

Bray Wyatt is going to get a special presentation in the ThunderDome. We can only imagine what kind of treatment WWE has in store for him. Asuka’s character has plenty of opportunities to impress as well. She tweeted out to thank the company for this new ThunderDome while taking a shot at the Golden Role Models.

Thank you for putting together a state-of-the-art set just for me.

Next time I can ride a better wave

The Empress Of Tomorrow has two title matches at SummerSlam. She could get two entrances unless they run her matches against Bayley and Sasha Banks back to back. The WWE ThunderDome has a lot of people talking, and for good reason. Let’s just see what the company has in store when the time finally comes for the big reveal.