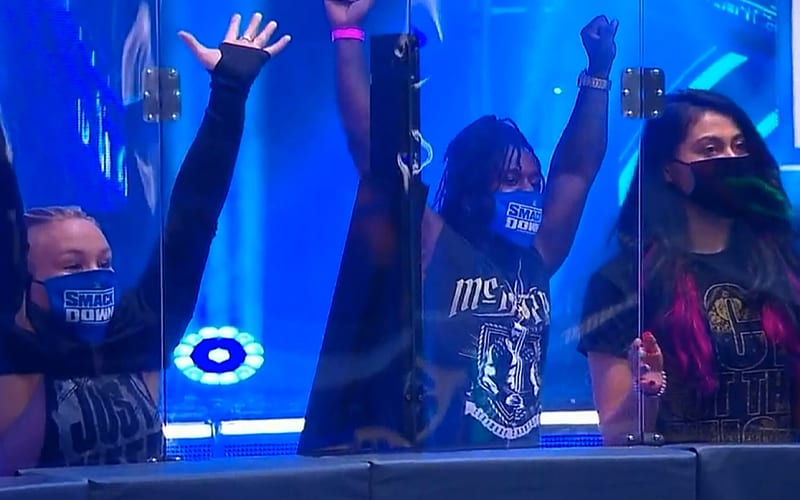 WWE will begin airing their television shows live from the Amway Center starting on Friday. There are a lot of questions about what this will look like. WWE has a few options to enhance the viewing experience and they’re considering all possibilities.

When WWE was forced to move to the Performance Center due to the pandemic they had plenty of ideas. They tossed around every idea including a cooking show for their weekly episodes of RAW and SmackDown. Their move to the Amway Center is no different as there are a ton of ideas floating around.

During Wrestling Observer Radio, Dave Meltzer mentioned that one thing WWE might do through their new setup is provide crowd noise using an interesting method.

“They’re gonna be in the Amway Center constantly with the same kind of [live NXT Superstar] fans with fans on the screen like NBA or a baseball game and a bunch of other things that they’re maybe looking at doing like maybe crowd noise through Zoom or something.”

It was noted that one thing WWE is very likely to keep is the Plexiglass boards around the ring. NXT Superstars in the crowd can pound on those boards and create extra noise that adds to the overall atmosphere of the broadcast.

Are you excited to see changes to WWE programming? Sound off in the comments below.