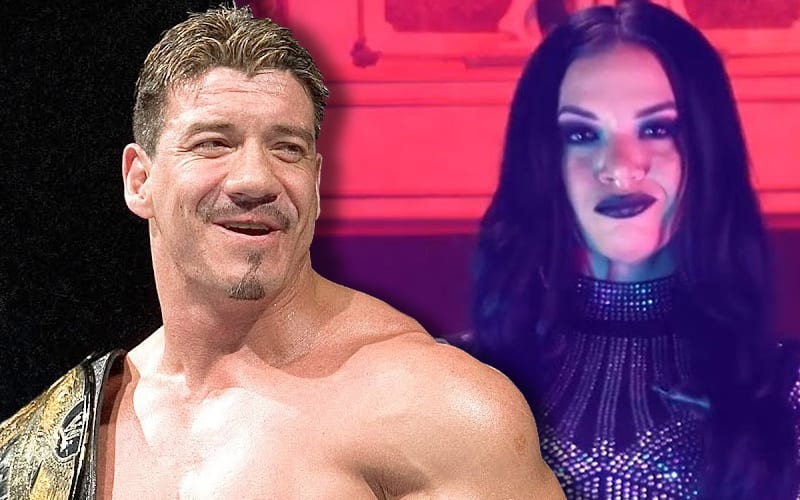 Shaul Guerrero was with FCW for a while which was WWE’s developmental territory at the time. She eventually departed, but she didn’t leave the pro wrestling industry at all.

While speaking to her mother Vickie Guerrero on her Excuse Me podcast, Shaul went into whether she believes her father would be proud of her getting into pro wrestling.

She would obviously like to think that her late father Eddie Guerrero would be proud of her. There was a lot of pressure on her to follow in her father’s footsteps. Shaul then went into how WWE expected her to do things like her father did, but that obviously wasn’t in the cards.

“I want to say he would be proud.  Then I feel that there was so much pressure put on me when I was in FCW to be as good as you (Vickie) and as good as Dad and that was a lot.  That was a lot on me.  The fact that I had to earn my name that I already had?  I understood where they were coming from that they don’t want to call you by your name because if you suck we don’t want you to be a disappointment.  That happened to me about two months in.  I was like holy sh*t.  You (Vickie) never put pressure on me.  I don’t think the family meant to put pressure on me but, there was pressure put on me about my body.  I needed to look more feminine.  Basically, I needed to be the ideal Diva.”

“I was having such a hard time and the pressure was so much.  I don’t know if they meant to put that pressure on me.  Every rehearsal was like, ‘well your Dad did it like this.’  I loved that.  I looked up to Dad.  If I could move like him, that’s great.  But, I think moving forward with me in the wrestling industry today and everything I learned in FCW, I am going to do this my way.  I am going to do this for me.  I am going to have fun with this.  I am going to have to put Dad’s legacy and your legacy to the side a little bit for me.  I remember even then, I wasn’t Latina enough for them because Dad was such an icon for the Latino community which is amazing.”

Shaul Guerrero recently appeared for AEW which is where her mother is currently employed. We’ll have to see what is next for Shaul Guerrero in her pro wrestling journey. She might not have reached the same heights as her famous parents yet, but that are very hard shoes to fill.