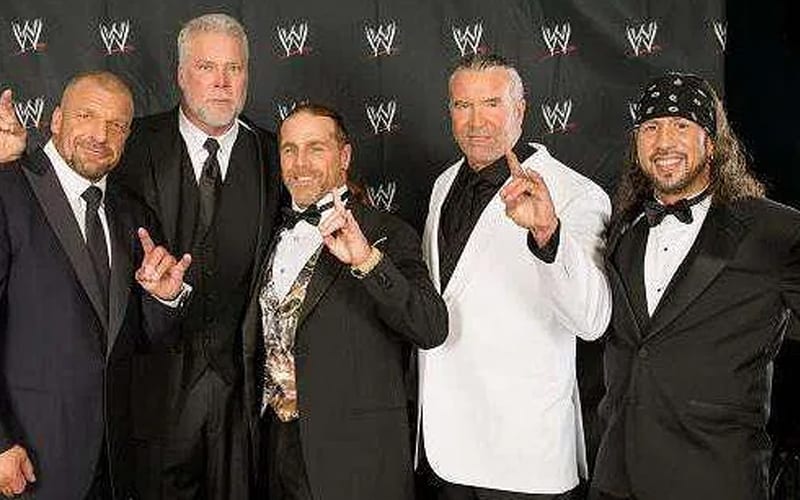 The Kliq ran WWE’s backstage political system for years. Now Triple H and Shawn Michaels are still in pretty high positions within the company. They were thick as thieves and very good friends, but was that all just for appearances?

Karl Anderson recently replied to an animated gif from Raw 25. He called the segment with The Kliq “one of the biggest missed opportunities in pro wrestling history.” Then he added #F*ckIt for good measure.

Dax Harwood replied to that tweet by saying “all the friends got to beat us up! Hit all the signature moves! Me and Cash left in gorilla while everyone else high fives! I punched a brick wall. Building to the future, babe!”

Then The Machine Gun sent out a reply that has a lot of fans wondering what he meant. Apparently, the Kliq all “truly hated each other” if you ask Karl Anderson.

“Friends” If they all knew how much they all truly hated each other, I wonder how that would go……

The Good Brothers are back in Impact Wrestling, and they have the ability to make NJPW dates when that opens up once again. We’ll have to see if WWE is in their future, but it seems like they might not care if that bridge gets set ablaze.