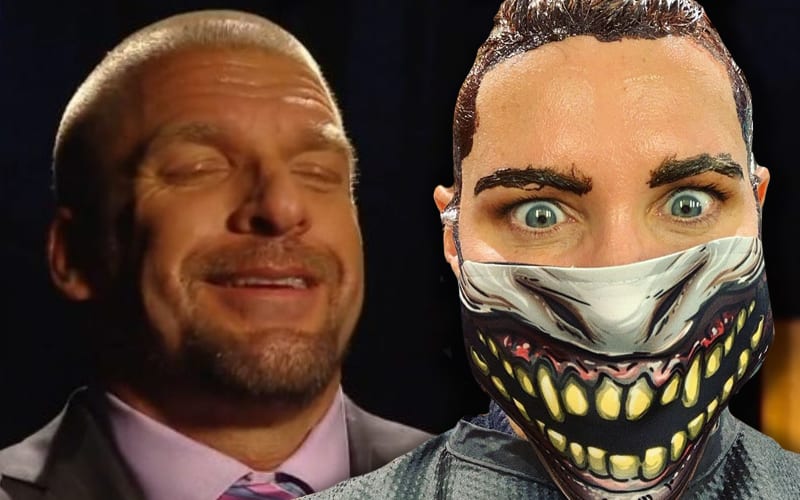 Stephanie McMahon wanted to support WWE and the idea of wearing a mask to prevent the spread of COVID-19. The WWE CBO posted an image of herself wearing a Bray Wyatt Fiend mask while at the stylist. This photo got a lot of attention.

Triple H saw the photo and he knows that look from his wife all too well. The Game suggested that if anyone ever sees his wife with that look on her face that they better run.

A lot of people commented on this photo saying that it wasn’t really Stephanie McMahon. The fact that she was wearing a Bray Wyatt Fiend mask to cover a majority of her face made it hard to tell for some fans.

Triple H commenting on this photo verifies that this is a legit photo of the Billion Dollar Princess. It is also a look that might be worth remembering in case you ever grace her presence.