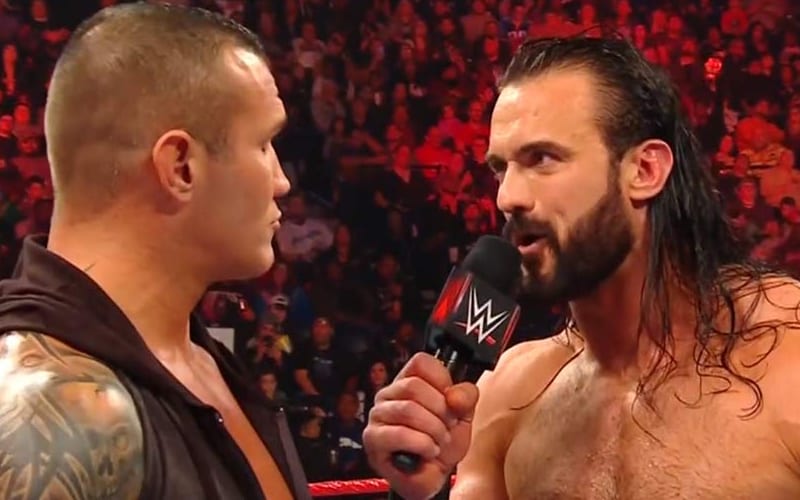 Randy Orton will face Drew McIntyre for the WWE Championship at SummerSlam. The Viper prepared for this match by acting out what he thinks the match will be like with action figures.

Orton uploaded a short video on his TikTok of an action figure version of himself hitting an RKO outta nowhere on The King Of Claymore Country. Obviously, that is how he pictures their August 23rd match going.

Drew McIntyre saw BT Sport tweet out that video. They said that Orton was “living his best life,” but McIntyre had something else to say.

Enjoy these last special moments where you can play with yourself, @RandyOrton, because I’m going to break both your arms and legs at #SummerSlam

Drew McIntyre has no plan to go easy on Randy Orton at SummerSlam. He suggests that Orton enjoy these fun moments while he can. Odds are there will be a new level of intensity as the two square off inside the Amway Center.