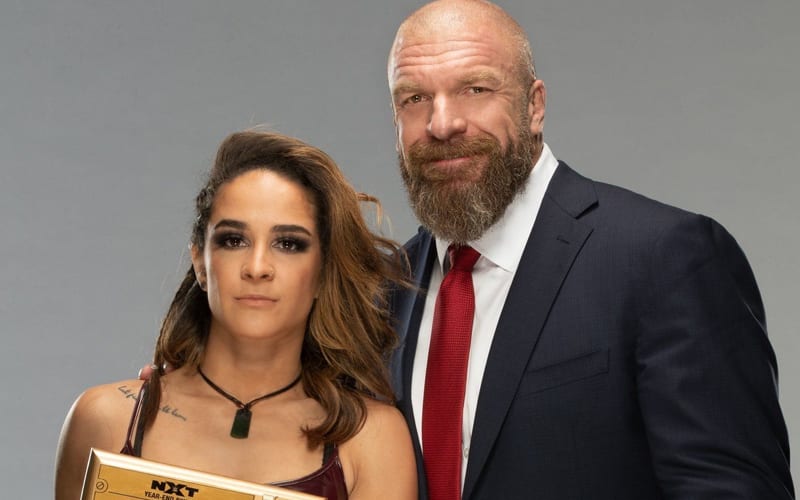 Triple H and Shawn Michaels entertained millions around the world during their Hall Of Fame careers, including Dakota Kai. This made it a big strange getting used to being around such larger than life people.

While speaking to Wide World Of Sport, Kai stated that she learned so much while working with the DX members. It still took a bit of time getting used to being around people she looked up to for years.

“It’s crazy, it’s very weird [working with them], because being someone who used to watch them growing up, it’s very strange to have them now be your bosses, and to try and act normally around them. I’ve learned so much from Triple H and Shawn Michaels. To have them around NXT every week, they will constantly give you feedback on your matches. And the process it takes to put anything like that together they will have a big hand in.”

Dakota Kai has a career full of interacting with heroes and legends as a WWE Superstar. She might be in NXT now, but the sky is the limit for her as she continues making waves on the black and gold brand. She also has a few legends around to help her out, even though that might have been really strange at first.