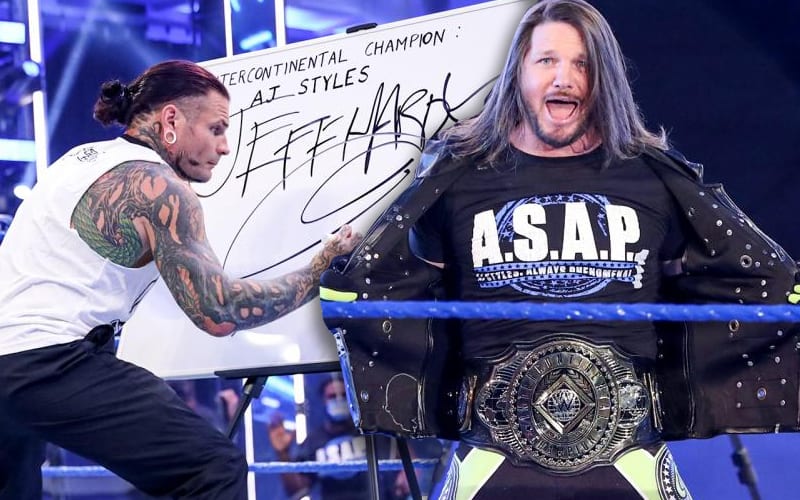 Joseph Parks made his SmackDown debut in a segment with AJ Styles this week. The overall theme of the angle was that nobody deserves to face him for the Intercontinental Title.

Following Friday Night SmackDown, AJ Styles took to Twitter where he made his findings public. After crunching the numbers and running all needed analytics, he concluded that Jeff Hardy can’t beat him. He’s also taking that dry erase board out of Joseph Parks’ paycheck.

…that permanent marker is coming out of Joseph Park’s pay. #Smackdown

Joseph Parks, the former Abyss already apologized for “marker-gate.” He obviously felt bad about botching his big debut on the blue brand.

We’ll have to see how AJ Styles does against Jeff Hardy next week. SmackDown is the house that AJ Styles built, but they will also be moving to a new home in the Amway Center.