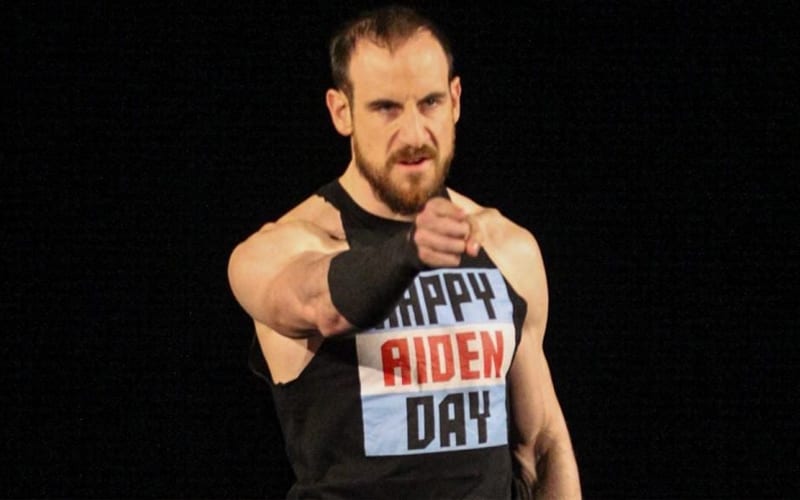 Aiden English was part of the April 15th WWE releases. His name hasn’t appeared in many rumor mills since then. He’s been at home plotting out his next move. It sounds like he’s about ready to start.

While speaking to Wrestling Inc, Aiden English expressed a desire to get into the pro wrestling scene once again. He can’t wait to see what new crop of talent will be raised to the main event level during this unique time in world history.

Aiden English said that he did a few indie shows prior to WWE, but this will be the start of a new phase in his career. He obviously can’t wait to see what is out there and begin this chapter.

“You know we see swaths of incredible independent talent going to AEW, going to NXT,” Aiden enthusiastically laid out. “You know what, the next crop moves up. And so there is always this changing and rising up of talent. And all of these promotions and all of these territories now, potentially, getting in the mix with a lot of the up and coming talent. Maybe people that I haven’t had the chance to see or experience yet, that is what I’m really looking forward to.”

“Prior to getting signed, I did a handful of like, small independent events around the area. I did a pre-show kind of match in exchange for helping set up the ring, setting up chairs and stuff like that. I did a few of those before I got signed, but yes, this will be my first post-WWE appearance.”

Aiden English has not appeared for any other pro wrestling company since his WWE release. He didn’t even appear at Talk ‘N Shop A Mania.

We’ll have to see where he shows up next, but English is keeping a positive mindset as he explores his options in indie wrestling.