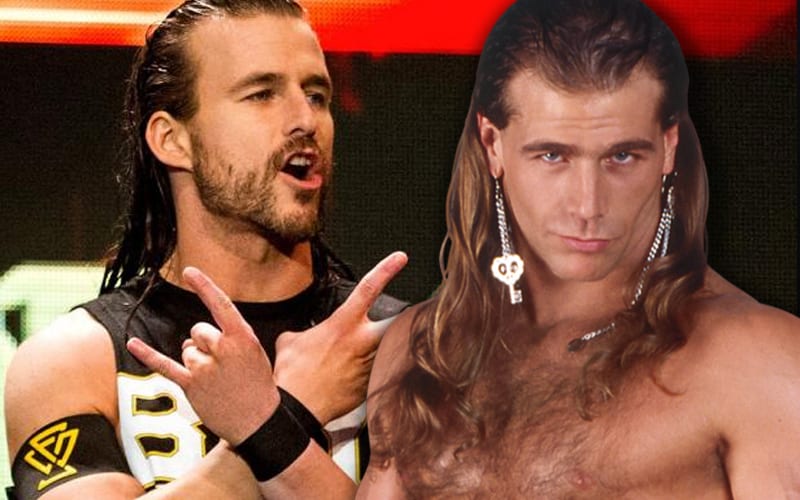 Shawn Michaels is a two-time WWE Hall Of Famer and his legendary status is one that fans often compare others to. None who have been called “the next HBK” have ever really lived up to the task.

Adam Cole has done a lot in WWE so far, and he hasn’t left NXT. Some have also compared him to Shawn Michaels. The fact that the Showstopper himself is a driving force within NXT only strengthens the comparisons.

While speaking to TV Insider, Adam Cole revealed what he thinks about being compared to Shawn Michaels. He said that it’s mind-blowing to be in that category, and it’s also quite stressful.

To me, there is no bigger compliment that someone could possibly say. Someone can say there are comparisons to Adam Cole and Shawn Michaels. It’s mind-blowing to me, especially when I’m thinking about nine-year-old me. Our entire generation can share this opinion that Shawn Michaels is the greatest pro wrestler of all-time to ever do it. He is the absolute best. So any time people make these comparisons, it’s incredibly humbling.

It is stressful because you get in your own head that you have to have this perfect match. The best match on the show every night. I have to live up to this expectation. I used to really feel that way. Shawn will agree with you on this as I would say. Now more than anything I’m focused on being the first Adam Cole and not the second Shawn Michaels. It motivates me even more and be the best version of myself. But you can’t ask for a better compliment.

Adam Cole still has a long career ahead of him. WWE has him for another few years as all four members of the Undisputed Era signed long-term contracts last year.

The jury is still out on whether Adam Cole will reach the legendary status that Shawn Michaels was able to achieve. It’s hard to argue that he’s not off to a good start so far.