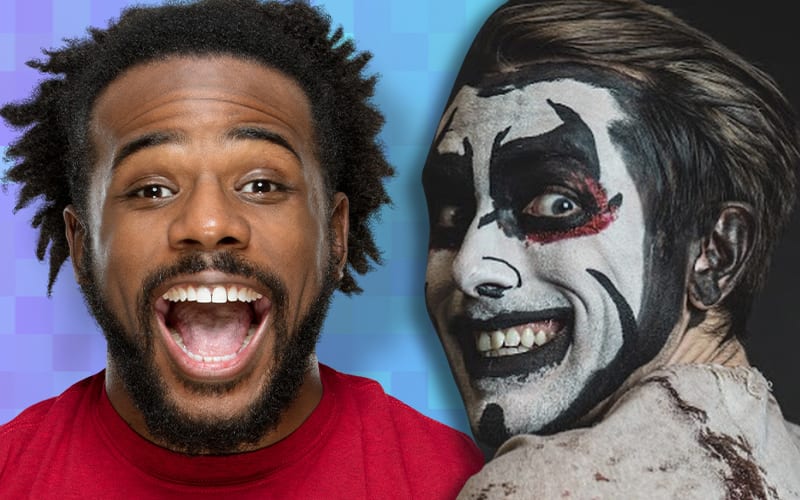 Xavier Woods is out of action, but he’s still been very busy. His Up Up Down Down YouTube Channel has received plenty of attention. He might have a rival soon enough.

Indie wrestler Danhausen had an idea for his own video game themed pro wrestling YouTube channel. He will call his channel R1, R2, L1, R2, Left, Down, Right, Up, Left, Down, Right, Uphausen. This was obviously a joke as he invited Woods to take part in a speedrun Ratatouille battle on PS2.

Xavier Woods replied with a photo of him looking up at Danhausen’s tweet with a pondering expression. “Hmmmm let me thinkhausen….” was the caption he included in this photo where he was also wearing a Danhausen t-shirt to prove this was a photo for this special occasion of concentrated thinking of sorts.