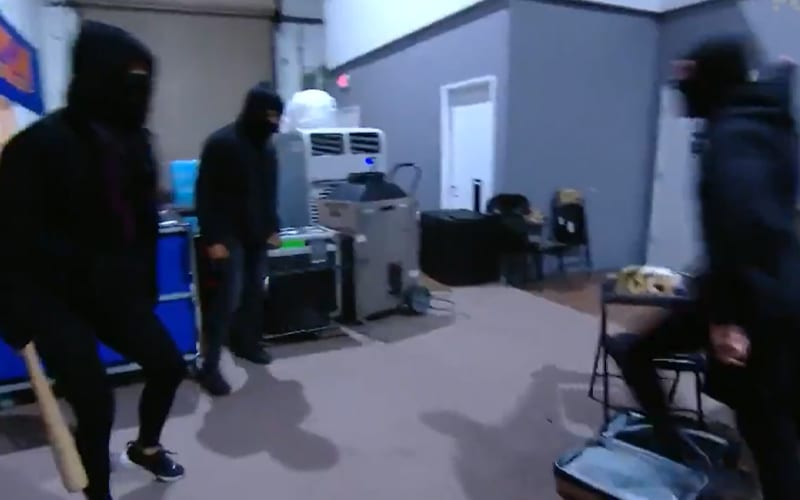 WWE kicked off Friday Night SmackDown this week with an attack from Retribution. This was not the only time the new stable would make their presence known that night.

Big E and John Morrison’s match was supposed to start out SmackDown. Retribution invaded and stopped the match from happening. When the two Superstars tried to have their match later on in the night they received a similar treatment.

The Retribution stable invaded again, but they didn’t go to the ring. Superstars were all around the ring this time to protect the action. They didn’t think about leaving anyone backstage.

The Retribution stable caused chaos backstage. They chased someone in the bathroom and locked them in. Chairs were thrown, a referee was attacked, and then one of them spray painted the wall before they left. By the time the Superstars could get backstage everyone had already gone.

We’ll have to see if WWE has better security at the Amway Center.