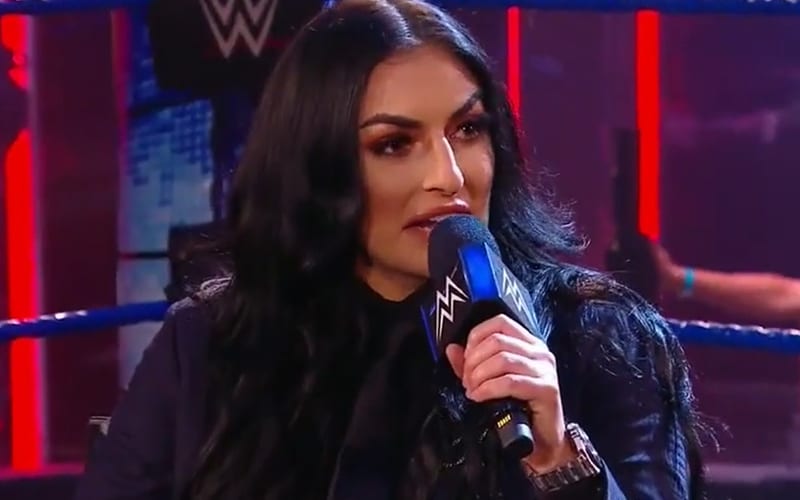 Sonya Deville stepped away from Mandy Rose and is going her own direction. It appeared that an alliance with Miz and Morrison was forming last week on SmackDown, but she is ready for any challenge ahead of her.

While speaking to Newsweek, Sonya Deville said she is loving this newly found sense of control with her WWE character. She is determined to make this her time.

The former Absolution member also discussed how the pro wrestling business is unlike anything else. Timing is a huge component to everything and these current times haven’t been the best for predictability. She will still seize any opportunity put before her.

“I feel like I’m finally coming into my own and finally getting to say what I want to say and feel what I want to feel and do what I want to do. Everything is on Sonya’s terms now and I’m just loving having all that control and power.”

“This industry is weird and timing is everything. You never know what’s going to happen or never know when things are gonna fall into place, but when you get an opportunity, it’s about making the most out of it, grabbing and running with it.”

“It’s an opportunity that I’ve been asking for and pitching for probably a year or two now, and it finally came to fruition during this time, so I feel like we just took the ball and ran with it.”

Sonya Deville and Mandy Rose seem to be headed toward a hair match at SummerSlam. Ringside News exclusively reported the his match being on the table on July 14th.

We will have to see what’s next for Sonya Deville in WWE, but this is just the start for her as her brand continues to grow.