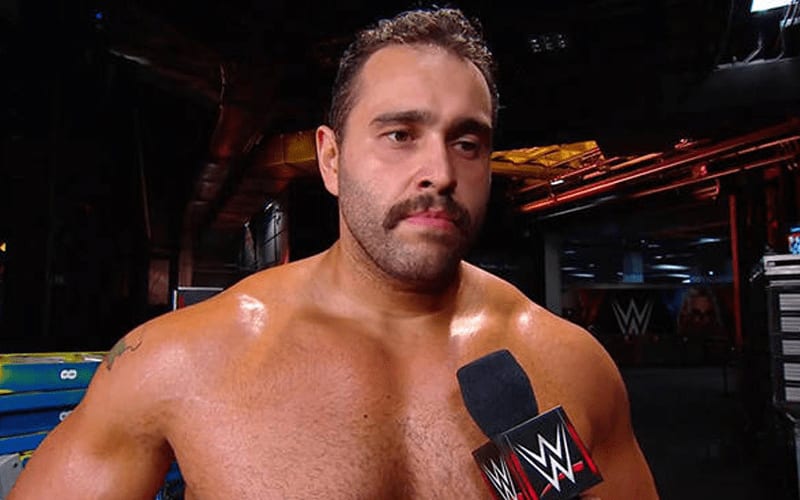 Rusev was released from WWE on April 15th, but before then there were plenty of frustrating moments in the company. Miro had to learn how to cope with all of those frustrations, but he never took it out on the match.

While streaming on Twitch, Rusev talked about his frustrations in WWE. There were certainly times when he wondered why he was breaking his back for WWE when it didn’t seem to get him very far.

He never went out there and decided “F this match,” but there were times when he was down and out. Luckily, he got to travel with his wife.

“I had moments. I had moments for sure, but t wasn’t like motivation, it was like ‘why am I doing this?’ It was more like not the motivation part. Motivation for a match was never the problem. It was never like, ‘oh this sucks I don’t wanna have this match’ or ‘F this match I don’t wanna do anything.’ I never had any problem, never had any problem with that.”

“We all go down and out. We all get frustrated at times, but you gotta change your point of view. You may think, man this sucks my co-worker made this much and they’re only giving me this much, but if your co-worker made more money than you then that’s good because it means that you can make more money as well. That means there are more money to be given. You know you have to change to be positive because being negative isn’t going to take you anywhere. It’s just going to take you down and down further in the hole and that hole it just becomes really hard to get out.”

Miro does seem much happier now that he’s left WWE. He is Twitch streaming on a regular basis and doesn’t have to worry about making a long journey just to sit in catering.

There will always be frustrating situations, but Miro and Lana were able to handle things. Hopefully, now that Rusev is no longer around WWE Lana will be able to find the support she needs if she is having a bad day.