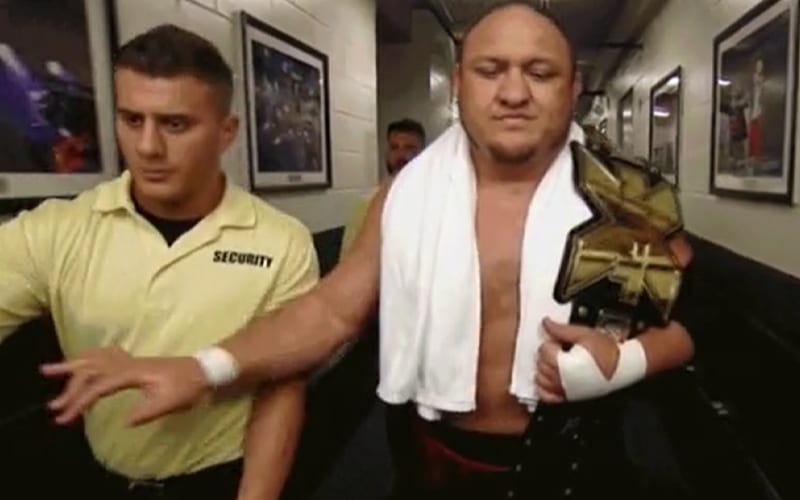 MJF’s career didn’t start in AEW. He made a name for himself on the indies, and he also did some extra work for WWE. MJF made a great reference to a previous moment on WWE television during Dynamite.

A few years ago, MJF played a security guard in NXT. His job was to walk then NXT Champion Samoa Joe to the ring. MJF tried to step ahead of Joe, and The Samoan Submission Machine put up an arm to shove MJF back.

Years later, MJF got to pay tribute to that moment during his own walk to the ring. A security guard tried to pass #1 contender MJF, and he got knocked right back.

MJF has a big opportunity at All Out on September 5th, and he is obviously making the most of it. You can check out a great comparison clip below.