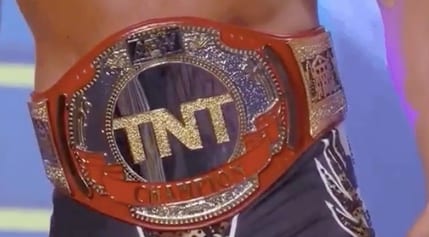 After weeks and weeks of waiting, fans were finally given the chance to take a look at the finished version of the TNT Championship belt.

Even now that it seems to be in its final form, a lot of fans online have gone back and forth regarding whether it’s a good looking title or not.

One man who definitely enjoys the look of the TNT title is none other than the champion Cody.

Many believe Cody is starting to make a not so subtle shift over to becoming a heel in All Elite Wrestling, and after being one of the company’s top babyfaces for so long now, it’s a transition that does make a lot of sense.

Whether or not that’ll involve him keeping hold of the TNT Championship, though, remains to be seen.