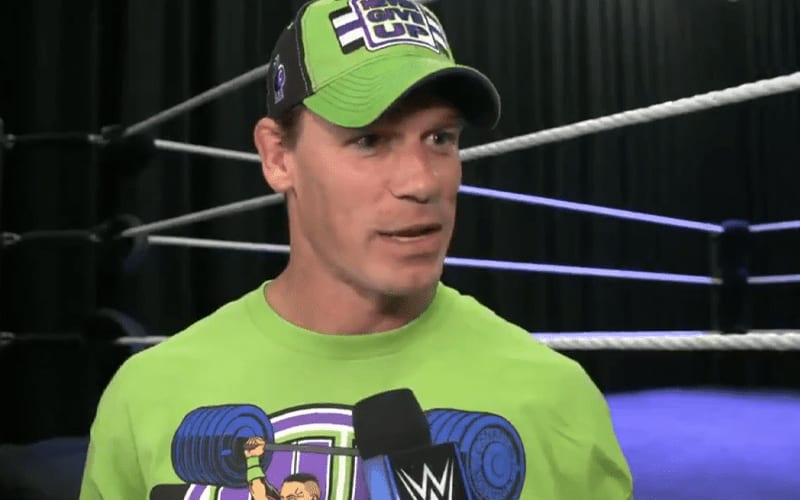 WWE was forced to go without live fans then the COVID-19 pandemic changed life as we know it. John Cena was there when WWE needed to go to the Performance Center and he has seen what the company has done since then.

While speaking to Sports Illustrated, John Cena praised what WWE has been able to do in a zero fan atmosphere. The company did lose a huge dynamic when live fans exited the picture and things have certainly changed.

“I’ve always said that the most important superstar is the audience. I don’t think we’ve ever seen a better indication of that than right now. The program is different.”

John Cena’s own character had to evolve over the years in order to maintain his relevancy. Cena stated that WWE will thrive as they continue to transition into this new television situation that they have found themselves in.

“I firmly believe that not only will it survive, it will thrive, but it has to, as an entirety, embrace this process. I believe they’re beginning to do that. The longer they go without an audience, they need to transform as an entirety what sports entertainment is. I think they’re in this weird sort of middle ground, where they don’t know when crowds will be let back in. If you truly commit to a paradigm shift, that may scare away the normalcy the viewers are used to seeing. So you kind of have to operate like there is an audience, but there isn’t an audience.”

“It’s a very weird time. I don’t think they’ve committed to transition yet, and that’s absolutely justifiable because, eventually, people will be let back into turnstiles. It’s very complicated. There isn’t a clear-cut answer to be like, ‘Just do this and it will be better.’”

WWE RAW saw a boost in viewership for the past two week. The new RAW Underground segment coupled with the Retribution stable could result in increased interest.

The idea of fans returning to television is also there. WWE doesn’t want to make too drastic of a change because they might not be able to pull off the same tricks with a crowd present. We’ll just have to see how everything pans out as WWE tries to figure out a new normal.