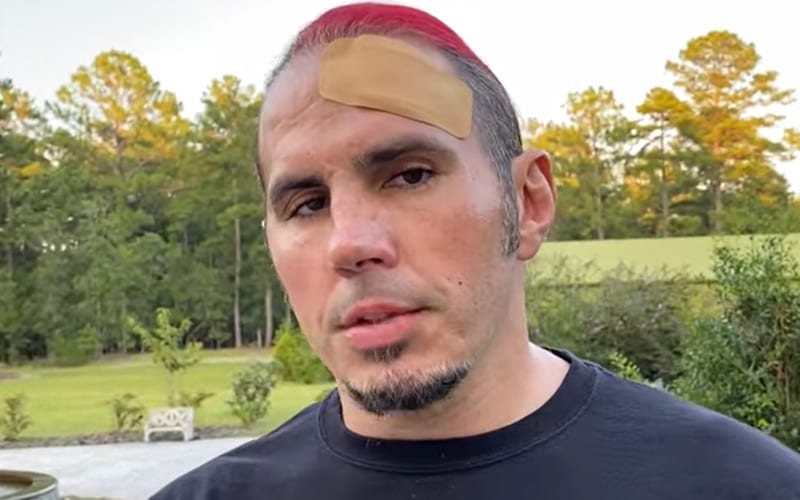 Sammy Guevara busted Matt Hardy open on AEW Dynamite this week. It was a bloody spot that Chris Jericho called a “happy accident,” but Matt Hardy calls it dangerous.

Reby Hardy was also pissed about this spot. Click here to watch video of Reby Hardy taking out her husband’s stitches at home.

Guevara was supposed to throw a chair, just not that one. He panicked during the situation and couldn’t find the proper chair to throw, so he chucked a plastic one at Hardy instead. Tommy Dreamer backed up the fact that those chairs HURT.

Guevara got chewed out big time when he went backstage during Dynamite. This didn’t stop as Matt Hardy used the press he received from that injury to further verbally assault the Spanish God.

“You’re also gonna go down as the person who had the most potential — unlimited potential! But never lived to realize it because now it is my mission, my duty, Sammy, to end you. Not just physically hurt, it’s my mission to rid you of this business because you don’t deserve to be in the same industry. You don’t deserve it!”

This situation got very real when Sammy Guevara hurled that plastic chair at Matt Hardy’s skull. He really did risk a lot with a simple move.

Sammy Guevara has a lot to learn in the pro wrestling world, and he is maturing in front of fans’ eyes on a weekly basis. Some of those growing pains can also come with disastrous consequences.